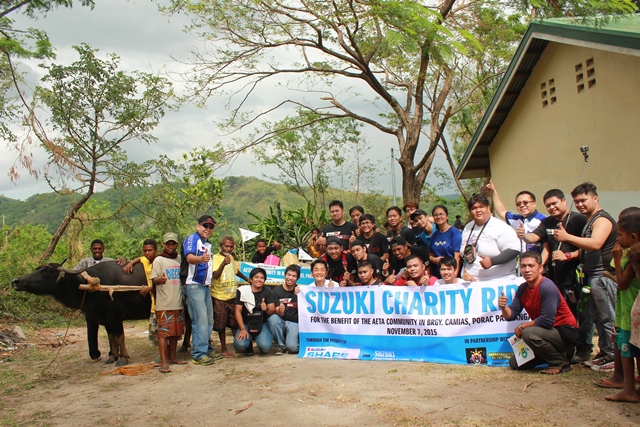 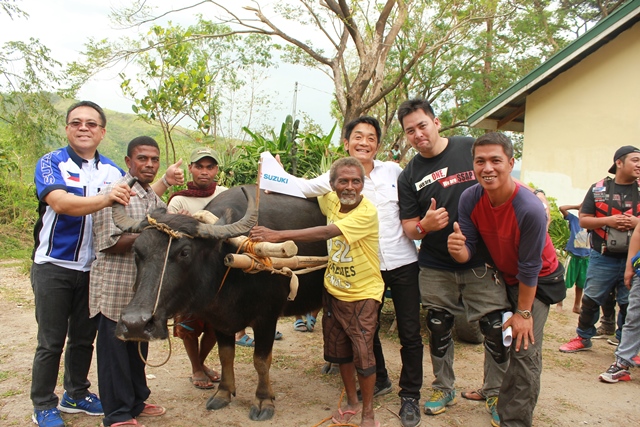 Touched by the Aeta Community in Brgy. Camias, Porac Pampanga during their first visit in the area last July with the Suzuki Scooter Adikz of the Philippines (SSAP), Suzuki Philippines Inc. (SPI) through its SHARE Program and Suzuki Foundation, Inc. (SFI) came back to the area to give them a carabao and cart that will help them in their daily needs.

The Aeta Community in Camias is one of those who had to evacuate from their homes due to the Mt. Pinatubo eruption more than a decade ago. They however, are still on their way to recovery from the damage brought about by the catastrophe. Used to traditional way of life, they still depend on farming as their main means of living and a female carabao to assist them will greatly help. This need has been raised every time they were asked by a lot of benefactors about their primary need and after 10 years of waiting, this wish is finally granted.

It was a rather surprising act because giving a farm carabao is an unusual act from a motorcycle manufacturer. Trekking to the place where our Aeta brothers and sisters reside in Camias, the discussion came in through a casual talk between the Tribe Head Apo Fernando Abuque, Suzuki President Hiroshi Suzuki, SSAP Founder JC Santiago Brusas and DepEd Alternative Learning System’s Dave Ba Alan over buko juice freshly picked from a tree nearby. Here is Team Suzuki then after 4 months, with the much needed carabao and cart for our Aeta brothers and sisters. Alongside the carabao and cart turnover, SSAP returned too with school supplies and other items for the Aeta children.

SFI President and SPH Managing Director Mr. Norminio Mojica who was also present at the turnover said, “We can always opt for a pair of slippers, sack of rice or groceries but we, in Suzuki Philippines believe in that a carabao will go a long way and will help them get the previous items that I have mentioned and more.”

The turnover ceremonies became a fun-filled event as the students presented a dance number showcasing their traditions – farming, hunting and faith healing. All had fun as Suzuki Address model Kyle Vergara taught the kids a popular dance step which they gamely participated in. It was a short visit but the genuine smiles plastered on the lips of everyone surely did leave a mark that will certainly last a lifetime. 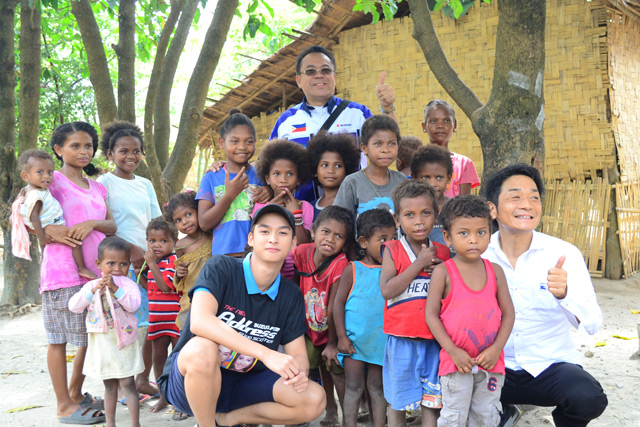 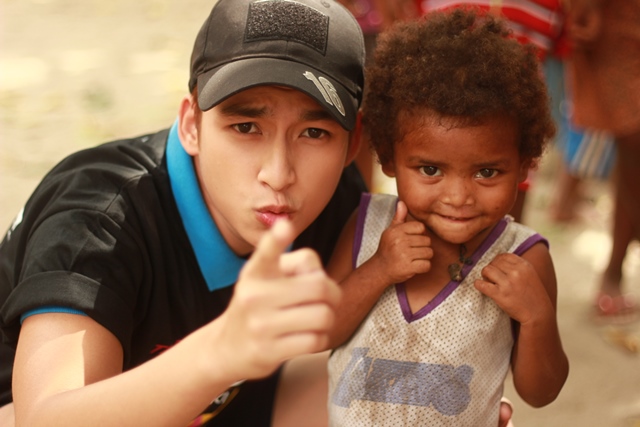 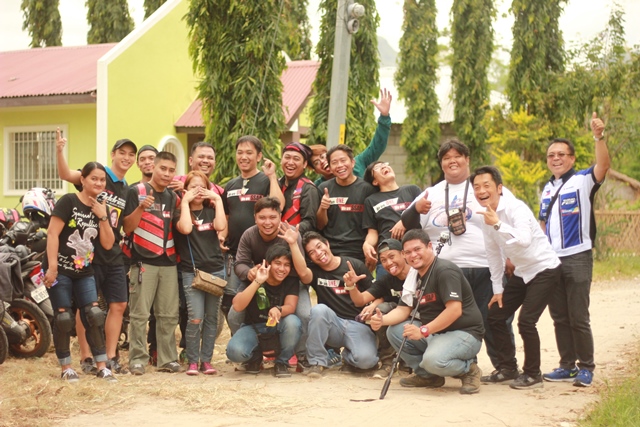 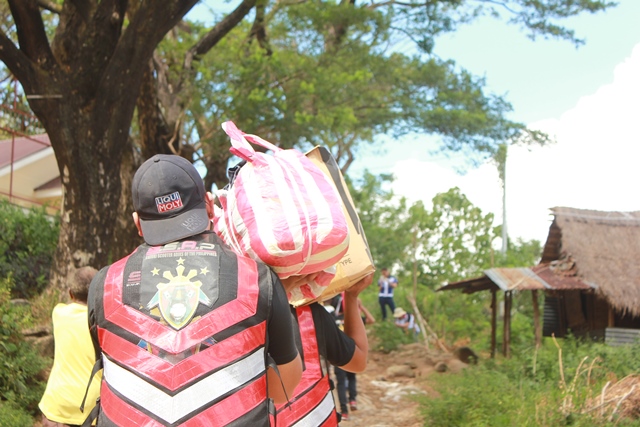 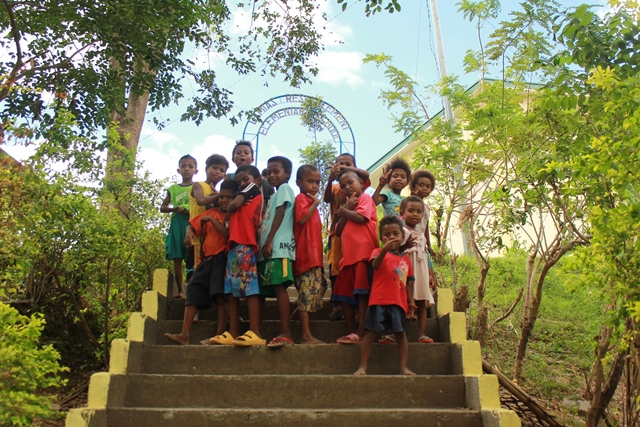 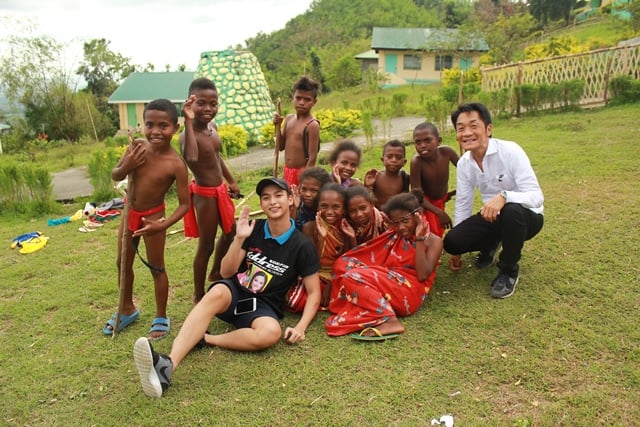 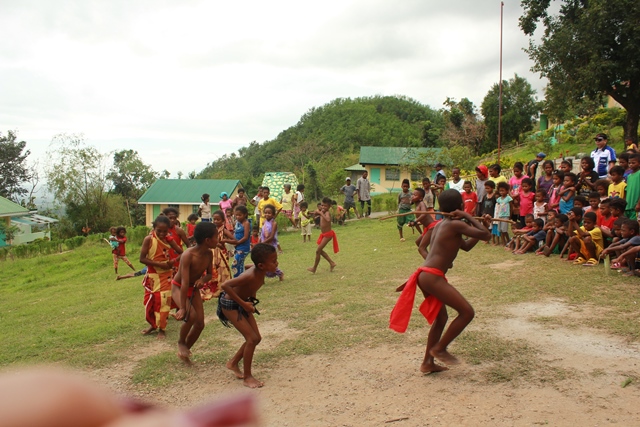 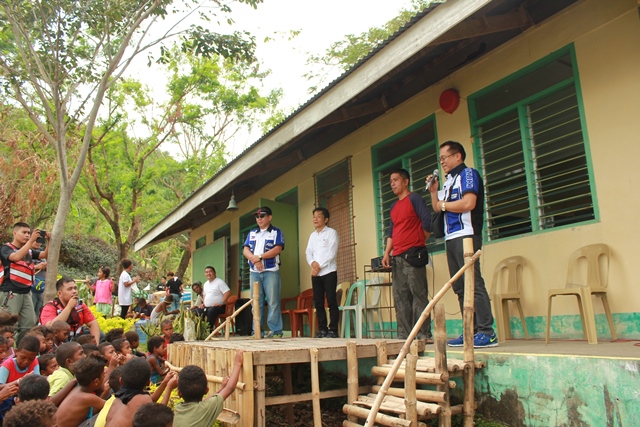 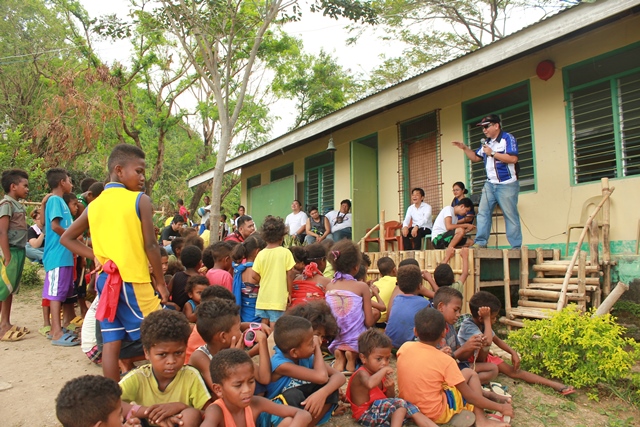 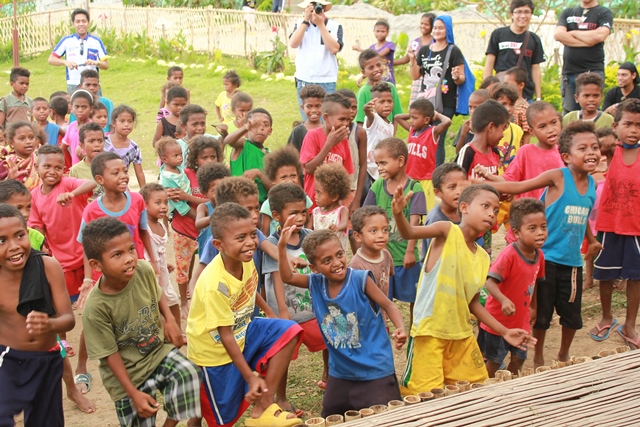 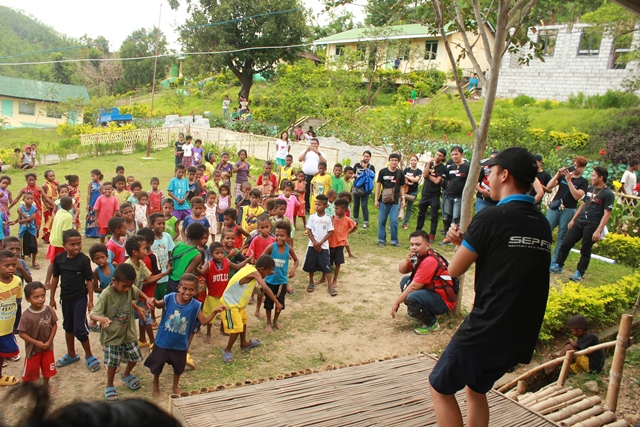 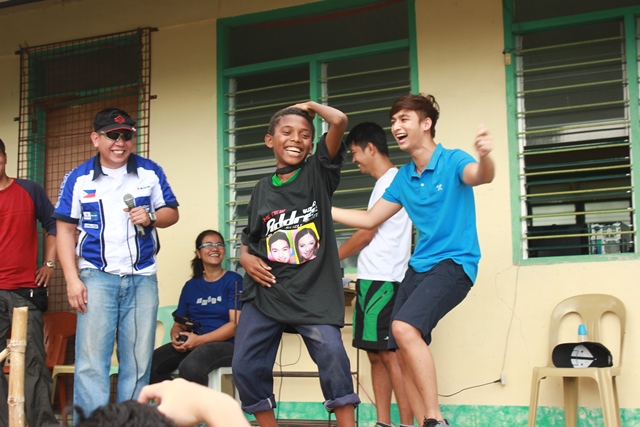 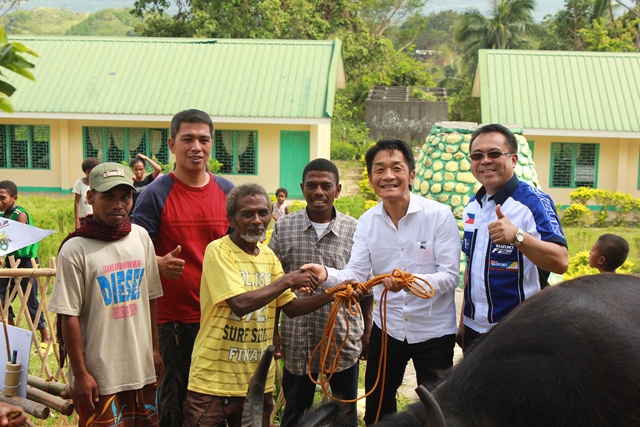 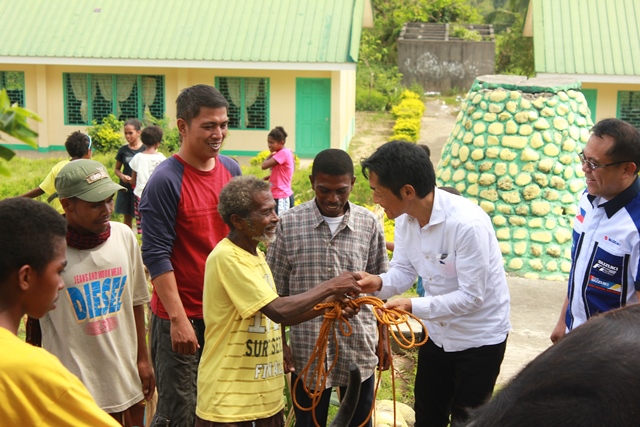 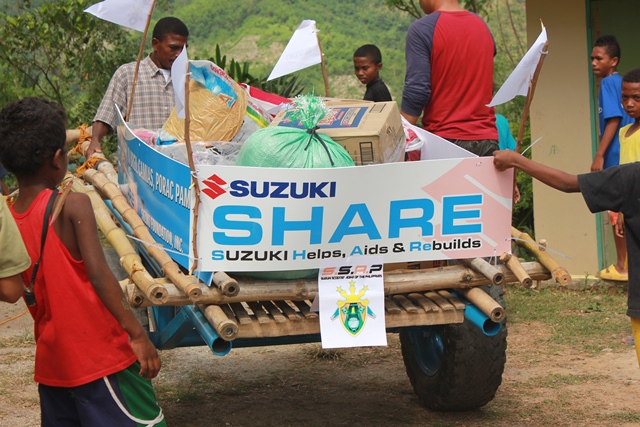 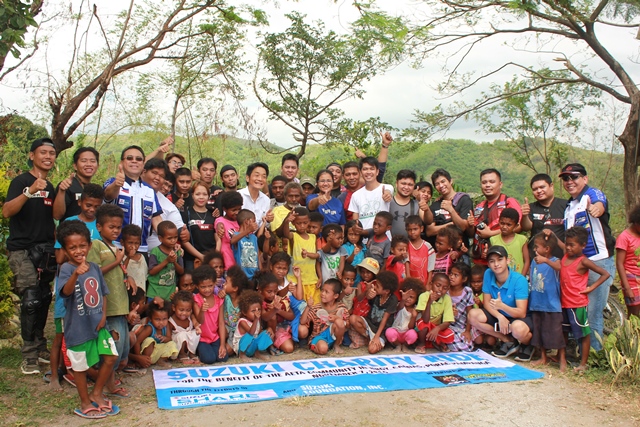 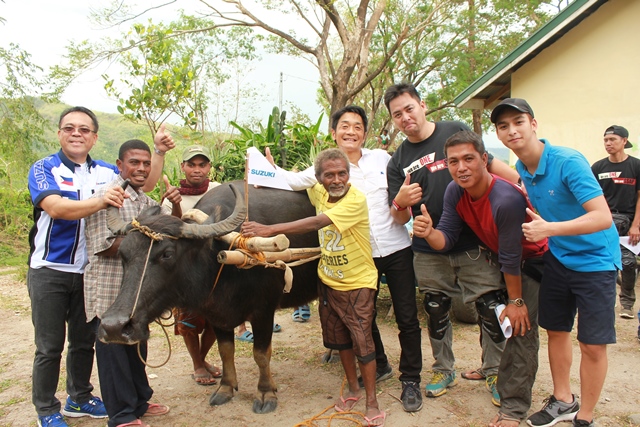 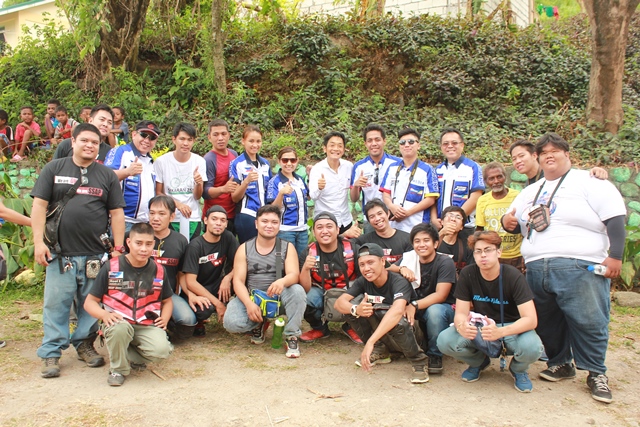