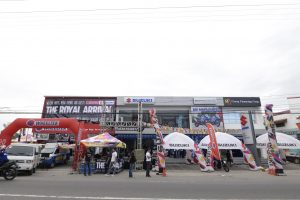 Wheeltek, one of the country’s top motorcycle dealers has opened its first Suzuki 3S Shop and Big Bikes Center at the north western part of the country in Calasiao, Pangasinan. The event was aptly called as The Royal Arrival which is part of Wheeltek and Suzuki’s series of one-stop-shop for anything Suzuki motorcycles opening in the country. 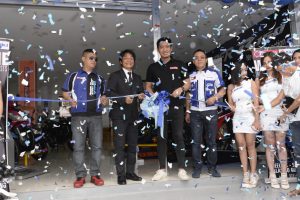 Strategically located at MacArthur Hi-way in Brgy. San Miguel, the shops are housed in a two-storey building with the ground floor holding the 258sqm Wheeltek-Suzuki 3S Shop. On the 2nd floor is the biggest Suzuki Big Bikes Center in the country with 421 sqm which include the warehouse. Both are adorned with anything Suzuki motorcycles from the smaller to the higher displacement models. 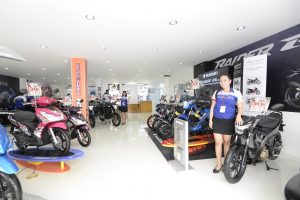 The launch of the Wheeltek-Suzuki 3S Shop happened in the morning which was kickedoff by a motorcade of over 150 riders alongside the Suzuki Stunt Team, Suzuki Ladies and the Hyperkids Buganda. The Royal Arrival of Suzuki’s latest motorcycles were also presented starting from the Beauty of Speed – Skydrive FI to the revolutionary GSX Series – the GSX-R150 and the GSX-S150 and the much awaited Underbone King – the Raider R150 FI and the Raider R150 Carburetor in its new colors and decals. 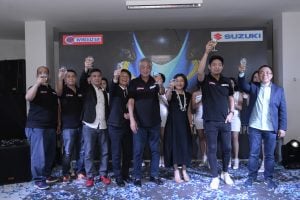 In the evening, the celebration continued with the opening of the largest Suzuki Big Bikes Center in the country. The event was packed with the big names in the motoring industry, high ranking officials, media and over 230 big bike riders from different parts of Luzon. The night was hosted by Suzuki’s favorite lovely host Ms. Roxanne Barcelo. The newly launched Suzuki big bikes were also introduced during the opening: the King of Sportbikes GSX-R1000 and GSX-R1000R, the street-sport bike GSX-S1000F, the street bike SV650A and well-loved adventure bikes V-Strom1000XT and V-Strom 650XT. These bikes will certainly defy any adventure by providing each rider with optimum power and performance on the road. 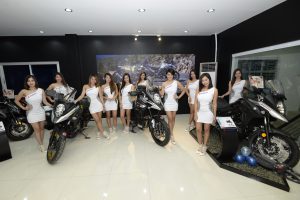 Customers can now check out the latest Suzuki motorcycles in this newly opened high class and comfortable shop. The team members of both the small and big bike shops were introduced during the ceremonies which for the 3S Shop were led by Mr. Gilbert Orubia and Mr. Conrado Ramos and for the Big Bikes Center by Mr. Philip Garcia and Mr. Jimmy Obligacion. The guests were also treated with a special number from Mr. Hiroshi Suzuki who gamely danced the Suzuki, Para Sa Lahat Ng Trip Mo jingle. The very talented Roxanne Barcelo also serenaded the riders with a sweet song number. 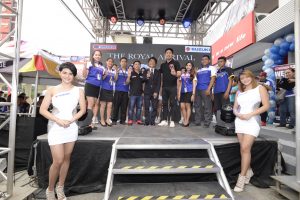 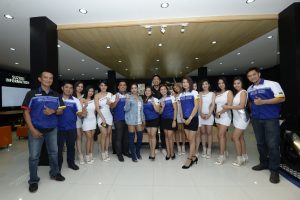