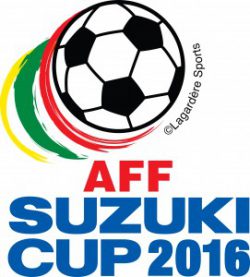 With the official draw results of the Asian Football Federation (AFF) Suzuki Cup already out, Suzuki Philippines Inc (SPH) kindles the fire to throw out its full support to the Philippine national football team, also known as Azkals, and heat up the excitement for fans with a slew of contests, promos and other activities.

The Philippines will host the Group A of the group rounds for the first time and will face off with Thailand, Singapore and Indonesia. Meanwhile, Myanmar will be the playing ground for Group B composed of Myanmar, Malaysia, Vietnam and whichever among Brunei Darussalam, Cambodia, Laos and Timor-Leste wins the qualifying rounds happening in October. The Group stages will be played from November 19 to 26, while the semi-finals and final rounds are set from December 3 to 17.

With Group A composed of four-peat winners Singapore and Thailand which is also the defending champion, and with the Azkals giving strong performances in the 2010, 2012 and 2014 semifinals of the biennial tournament, the competition is expected to be fiercer in this group. The Azkals, led by coach Thomas Dooley, enters the AFF Suzuki Cup 2016 as one of the favorites.

Suzuki Philippines is honored to be part of a football tournament of such magnitude, and at the same time doubly thrilled this year with Philippines as one of the hosts. As the whole country comes together to give its whole-hearted support to the Philippine men’s team, Suzuki Philippines would like to add to the home advantage of the Azkals by inviting all Filipinos to watch the games and be part of the activities to inspire the country’s pride to take home the trophy. The Group A matches will be held at the Philippine Sports Stadium in Bocaue, Bulacan and at the Rizal Memorial Stadium in Manila.

To drum up the buzz, the AFF Suzuki Cup Trophy will be toured before the group stage matches starts.

In addition, exciting activities await Filipino football fans as the road to the AFF Suzuki Cup heats up. A set of AFF Suzuki Cup – branded Suzuki Swift car and Suzuki motorcycle will be on exhibit at the Philippine Sports Stadium, the venue of the group matches, starting on November 19. Plus, premium Suzuki items, and VIP tickets to both the Cup and the on-site activities will be up for grabs.

Suzuki Motor Corporation has been the title sponsor of the AFF Suzuki Cup since 2008 and has helped it flourish into one of the most important and most-watched football tournaments in the ASEAN region. Suzuki aims to provide football fans all over the globe with a top-class sporting event and a taste of excitement that’s part of Suzuki’s brand slogan ‘Way of Life.’

For more updates on the AFF Suzuki Cup 2016, please visit http://www.suzuki.com.ph/ and like them on www.facebook.com/SuzukiAutoPH and www.facebook/SuzukiMotorcyclesPhilippines.