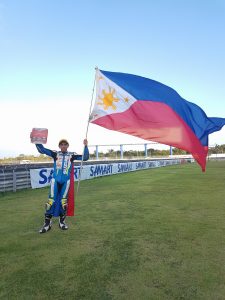 After a series of podium wins and head to head battle with other Asian contenders, Team Suzuki Pilipinas concluded the Suzuki Asian Challenge (SAC) 2017 with an overall 2nd place win – a first of the country at the said single-make race hosted by Suzuki Motor Corporation through Team Kagayama. 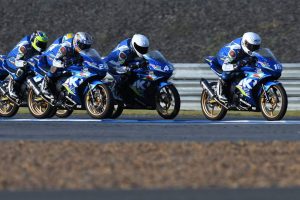 The final round saw the country’s frontrunner April King Mascardo (#16) and Eane Jaye Sobretodo (#22) working together to secure the former’s overall standing at 2nd place. Race 1 showed Mascardo achieving his 4th podium win of the season with a 2nd place win against contenders from Thailand on their homecourt. Race 2 capped with Sobretodo preserving the pace of the lead pack for Mascardo to catch up from the 2nd pack which he successfully did. 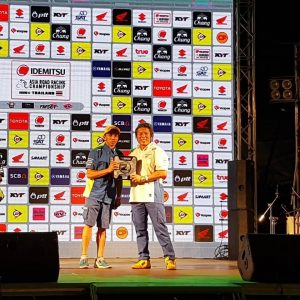 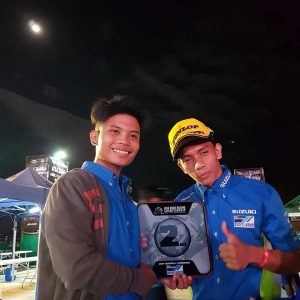 Team Suzuki Pilipinas’ performance at the SAC 2017 Season underscored that the objectives of the race are achieved. Exposing and training these riders to be world class champions is the main advocacy of the program. This 2nd overall win is the first for Team Suzuki Pilipinas and is another history that the team is giving to the country. 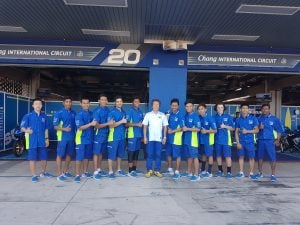 About the Suzuki GSX-R150
The power and performance of the Suzuki’s legendary GSX technology is now in the revolutionary GSX-R150 – the sportbike that will transform the lightweight class. Taking design inspiration and technology from the GSX-R1000R, the GSX-R150 is a fully faired sportbike bearing the same DNA of Suzuki’s champion motorcycle.

The GSX-R150’s power and performance on the racetrack has been proven and tested as it was introduced as the new machine to be used at the Suzuki Asian Challenge (SAC) 2017. The new GSX-R150 is the newest addition by Suzuki to the Asian market. The GSX-R150 uses a backbone frame. The street version has a size of 2020mm X 700mm X 1,075mm, with a wheelbase of 1300mm. The weight is 131kg with an engine of 147.3cc with a maximum horsepower of 14.1kW. SAC modified this base machine geared towards racing.