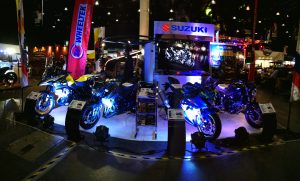 Wheeltek and Suzuki  joined in the celebration of the largest entertainment convention of the year popularly known as History Convention 2017 at the World Trade Center Manila.  Tagged as a bigger and bolder and better event of the year, History Convention was jampacked with historical personalities, hundreds of exhibitors, thousands of visitors and had set not just one but three Guinness World Records titles. More than the commemoration of historical moments worldwide, the event also featured the motoring industry’s best of the best motorcycles from customized bikes to the newly launched ones. Suzuki Philippines then took the opportunity to be part of the hundreds of exhibitors and showcased its newest big bikes in public for the first time. 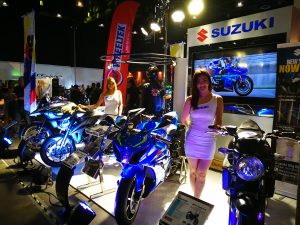 Displayed during the convention were The Top Performer GSX-R1000 and GSX-R1000R, rider’s go-anywhere dream machine SV-650A, Apex Predator GSX-S750 and Suzuki’s touring Big bike V-Strom 1000XT. These motorcycles were flocked by bike enthusiasts and people in all walks of life who wish to see these good looking bikes in flesh. Some also grab the opportunity to took selfies with the models around the booth.  The well coveted Underbone King in Smash Matte Black, Black and Gold and MotoGP editions were displayed at the booth. Hence, making the Suzuki booth an eye-catcher during the convention. 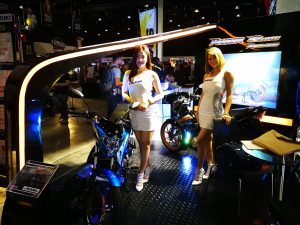 Suzuki’s dealer partner, Wheeltek, was also present to answer inquiries for its small and big bikes Suzuki motorcycles offerings. A special low dow npayment worth Php 5900 and a free polo shirt on top of its existing promos were also given to customers who bought the Raider R150. During the four-day affair, Suzuki also prepared pick-a-prize game to vistors who dropped by at the Suzuki booth.  The successful event will certainly be a hit again next year and Suzuki will surely prepare more exciting activities. 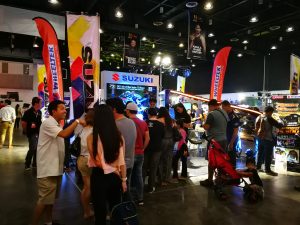 For more information about Suzuki’s newest big bikes and upcoming events, visit our website at www.suzuki.com.ph or facebook.com/SuzukiBigBikesPhilippines.