August 19, 2021 – Suzuki Philippines, Incorporated turned over the motorcycle unit that the company pledged as a. 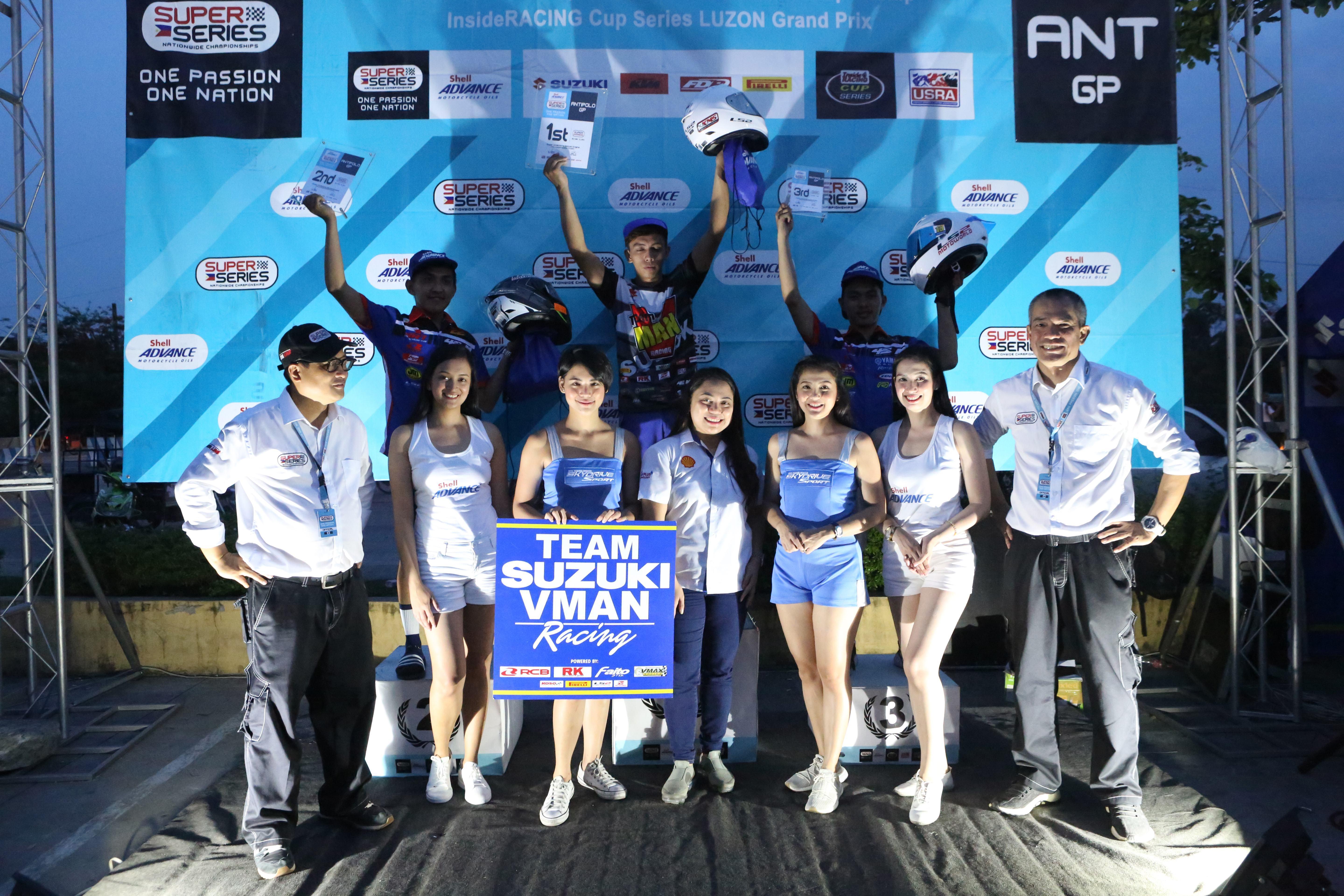 Suzuki reigns on top as the brand concluded the 2nd round of the Super Series Nationwide Championship with winning performances from Team Suzuki-VMan Racing and challenging aspiring and young riders at the Suzuki One Make Races – Skydrive Sport Cup and Raider Breed Wars.

Team Suzuki-VMan Racing and 2018 Super Underbone Champion April King Mascardo showed that he is indeed the Underbone King at the Antipolo GP with 2 wins. The Davaoeno raced his way to the 1st Place at the Super Underbone (Sealed Engine Category). Mascardo pushed hard in getting the pole position with the best lap time of 21.459 and swiftly maintained the top spot from the 1st to 12th lap of the final race. He also impressed everyone with a 2nd Place win in the Super Underbone (Open Category) – an additional victory to his already good standing for the season. The rookie rider of Team Suzuki-VMan Racing Rmand Salandanan was also a revelation to as he secured a 1st Place win for Skydrive Sport Cup.

The Skydrive Sport Cup and Raider Breed Wars were a hit to the Antipolenos with 19 and 25 contenders, respectively. Sealing the top podium positions of the said races were Rmand Salandanan and Nicole Deo Pondoc. The full list of Suzuki One Make Race winners were as follows:

A lot of race enthusiasts and spectators were also present despite the scorching heat to witness the exciting battle. Mark your calendars and feel the power and performance of the Skydrive Sport or Raider R150 Fi on the next leg of Super Series Nationwide Championship. The third round is slated to happen in Davao on June 16, 2019.