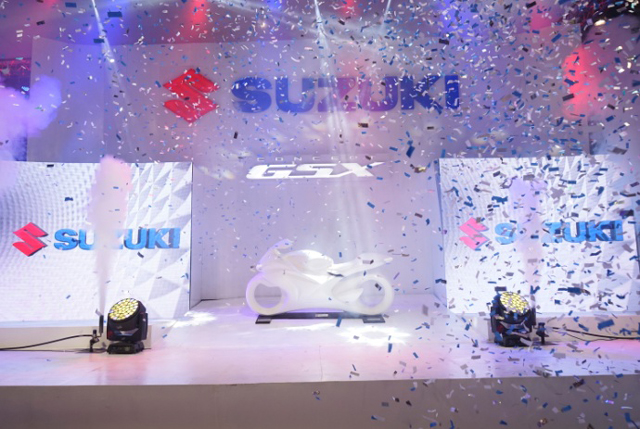 Thousands of Motorcycle riders and enthusiasts visited the Suzuki Booth  last April 2-3, 2016, during the 10th Inside Racing (IR) Bikefest and Trade Show at the World Trade Center and got a chance to see the future of Suzuki GSX as well as the Japanese giant’s frontrunner bikes. Suzuki Big Bikes were displayed led by the infamous GSX-R1000 MotoGP model as well as the addition to the brand’s pool of higher-cc rides – the GSX-S1000, the GSX-R750 and the motocross model – the RM-Z250. The small bikes comprised of the Underbone King – Raider R150, the charmer and global scooter – Address and the solo backbone that gives you an exXhilirating ride – Gixxer.

The Future of Suzuki GSX 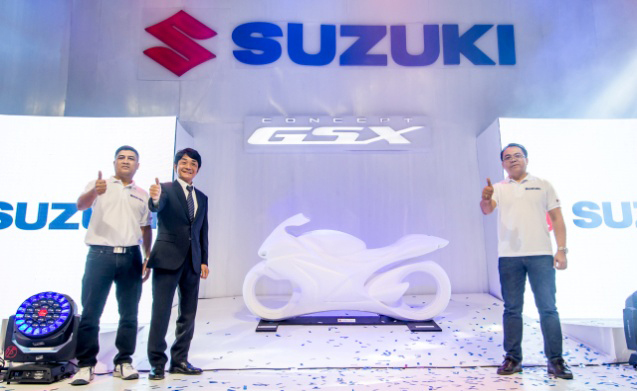 Suzuki unveiled another breakthrough at the Philippine motorcycle industry on the first day of the bikefest which gathered no less than 10,000 people. Suzuki showcased the GSX Concept Bike which brought the riders in awe as Suzuki executives led by President Hiroshi Suzuki, Managing Director Mr. Norminio C. Mojica and Motorcycle Division General Manager Mr. Jun Bulot formally launched the well coveted model which is the inspiration of the future GSX motorcycles. Fresh from the Tokyo International Motor Show, the GSX Concept Bike made this occasion its second public appearance.

The GSX Concept Bike aptly called as the Concept GSX has all the potency that characterizes the GSX Series. Suzuki’s powerful and responsive inline-four engine brings together low fuel consumption and durability. The same technology is featured throughout the GSX Series, including the GSX-R1000, Hayabusa, and GSX-S1000. 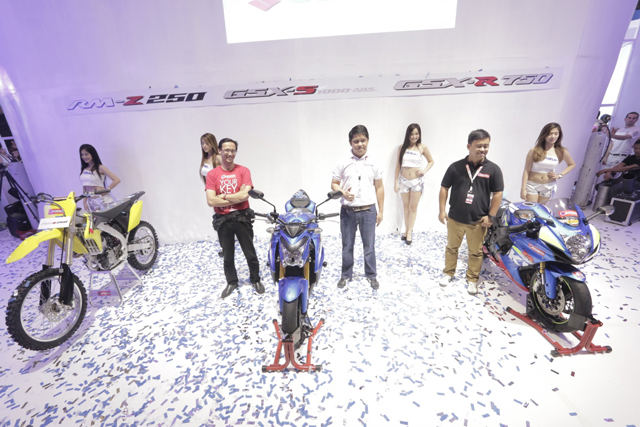 During the 2nd day of the IR Bikefest, Suzuki Philippines presented to the public its newest addition to its current big bikes line up in the country – the GSX-S1000, the GSX-R750 and the RM-Z250. Mr. Monch Bontogon, Suzuki Philippines’ Motorcycle Marketing Head led the ceremonies joined by representatives of one of the brand’s big bike dealers – Wheeltek Motor Sales Corporation – Marketing Head Mr. Mark Chuidian and Regional Sales Manager for Wheeltek-Suzuki Big Bikes Mr. Philip Garcia.

The pure sport roadster GSX-S1000 (ABS) came from the DNA of the supersport legend – GSX-R1000 inheriting its genuine engine and main components. The GSX-R750 on the other hand, delivers a breathtaking combination of engine performance, nimble handling, compact size and light weight. Completing the line-up is RM-Z250 that is designed for to conquer the motocross scene with its high level performance and additional Suzuki Holeshot Assist Control feature.

Victory for Team Suzuki Pilipinas at SAC Round 1 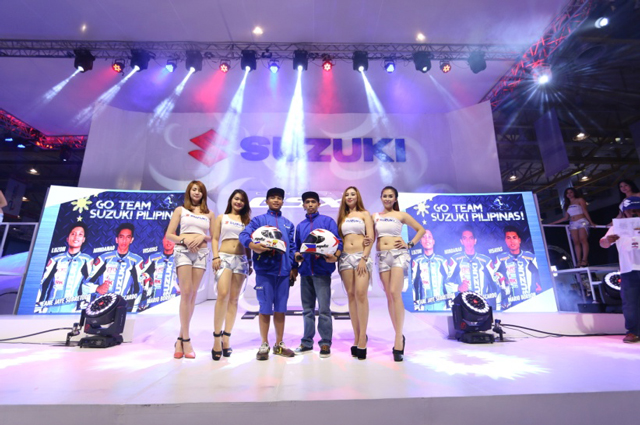 It was a timely win as alongside the IR Bikefest, Team Suzuki Pilipinas got their first podium finish in this season’s Suzuki Asian Challenge (SAC) Round 1. Fresh from Johor Circuit in Malaysia, Team Suzuki Pilipinas proceeded to the World T­­­rade Center for a ceremonial victory recognition. The team’s frontrunner April King Mascardo who got his podium win at 2nd place and Eane Jaye Sobretodo concluding at 6th place graced the event with their presence. 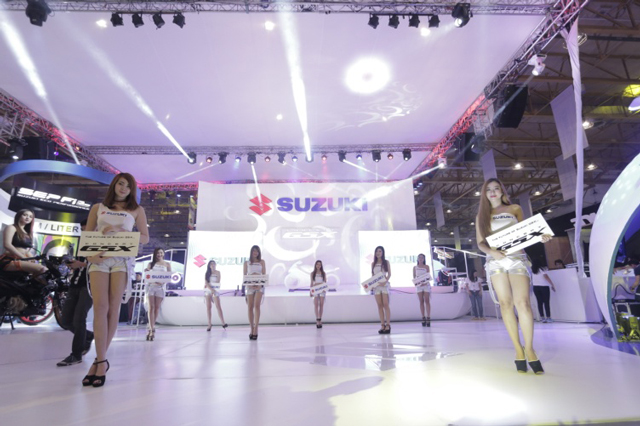 Aside from the launches and exhibits, riders got to enjoy special games and surprises from Suzuki Philippines. Freebies and prizes were given to those who participated at the Suzuki Booth. Families, friends and group of riders have their picture taken at the Photobooth. Bike enthusiasts also participated during the Test Drive. Completing the fun in a true Suzuki fashion are the beautiful Suzuki ladies who gamely took photos and selfies with the riders. More than 2000 Facebook users also reached the Suzuki Bikers Fed during the activity. 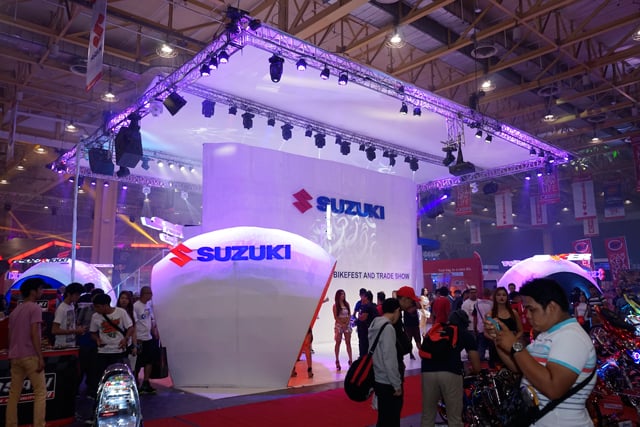 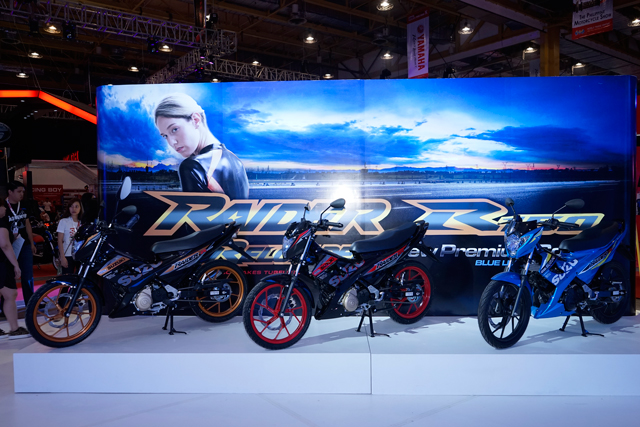 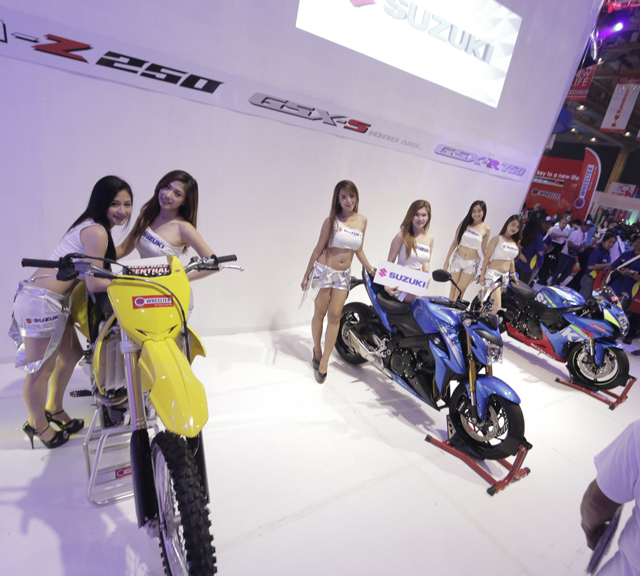 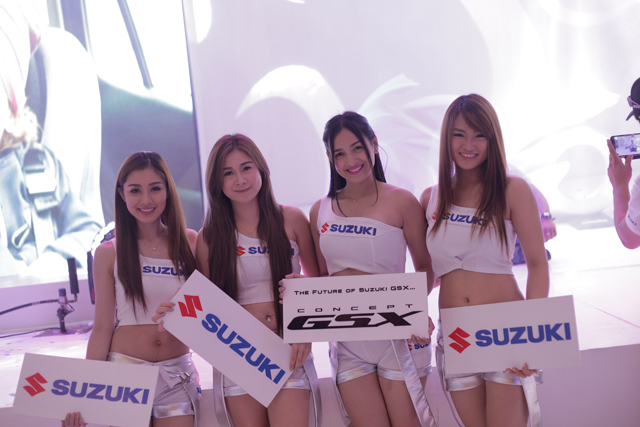