Month by month Suzuki is opening new stores and this time the motorcycle giant is inaugurating its pocket. 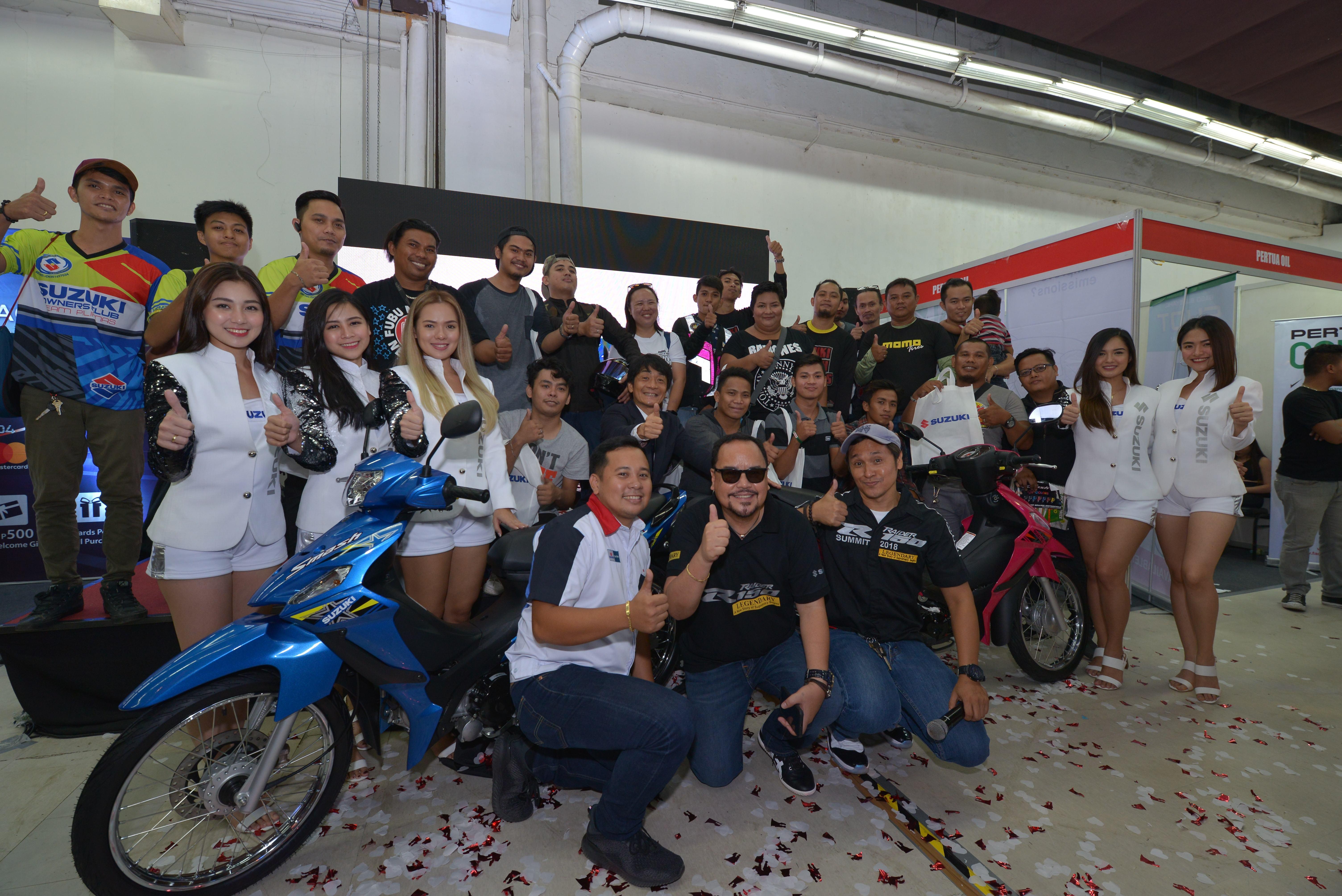 After the successful and exclusive unveiling of Suzuki’s newest motorcycles to its dealers,  the Japanese giant  continuously made a buzz in the motoring industry by launching its bikes  at one of the biggest gathering of Suzuki riders – Lucky sa Nine: Motorsiklo Xklusibo’s 9th Anniversary. Inspired by Suzuki’s Manila Fashion Collection Night, the brand presented its three newest bikes in fashion and style. First on these exciting line-up is the all new compact and slim scooter that will definitely set the trend and be a headturner on the road – Suzuki Skydrive Sport. Following it is the all new blue and matte gray color of the No. 1 selling underbone leisure motorcycle with disc/drum brakes- Smash Stylish Colors. Its other existing colors, Pink, Violet, Black, Yellow, Matte Black, Red, got a facelift too with a new decal design. The third ride is the Underbone King in its braver and bolder look – Raider R150 Combat Series.

Suzuki’s booth became one of the most favorite destination of the riders where they got to have a touch and feel of Suzuki’s newest bikes, enjoy games and activities and took never ending selfies with Suzuki ladies. Completing the fun day is the raffle segment of MX’s program where Suzuki raffled off two all new Skydrive Sport and one Raider R150 Combat Series. Lucky winners were Mr. Aldrin Domingo, Mr. Lester Lafuente and Mr. Rodolfo Brin for Skydrive Sport Pink, Skydrive Sport Black and Raider Combat Series, respectively. Unveiling the bikes and gracing Suzuki’s program are Suzuki President Mr. Hiroshi Suzuki and Motorcycle Marketing Head Mr. Monch Bontogon. 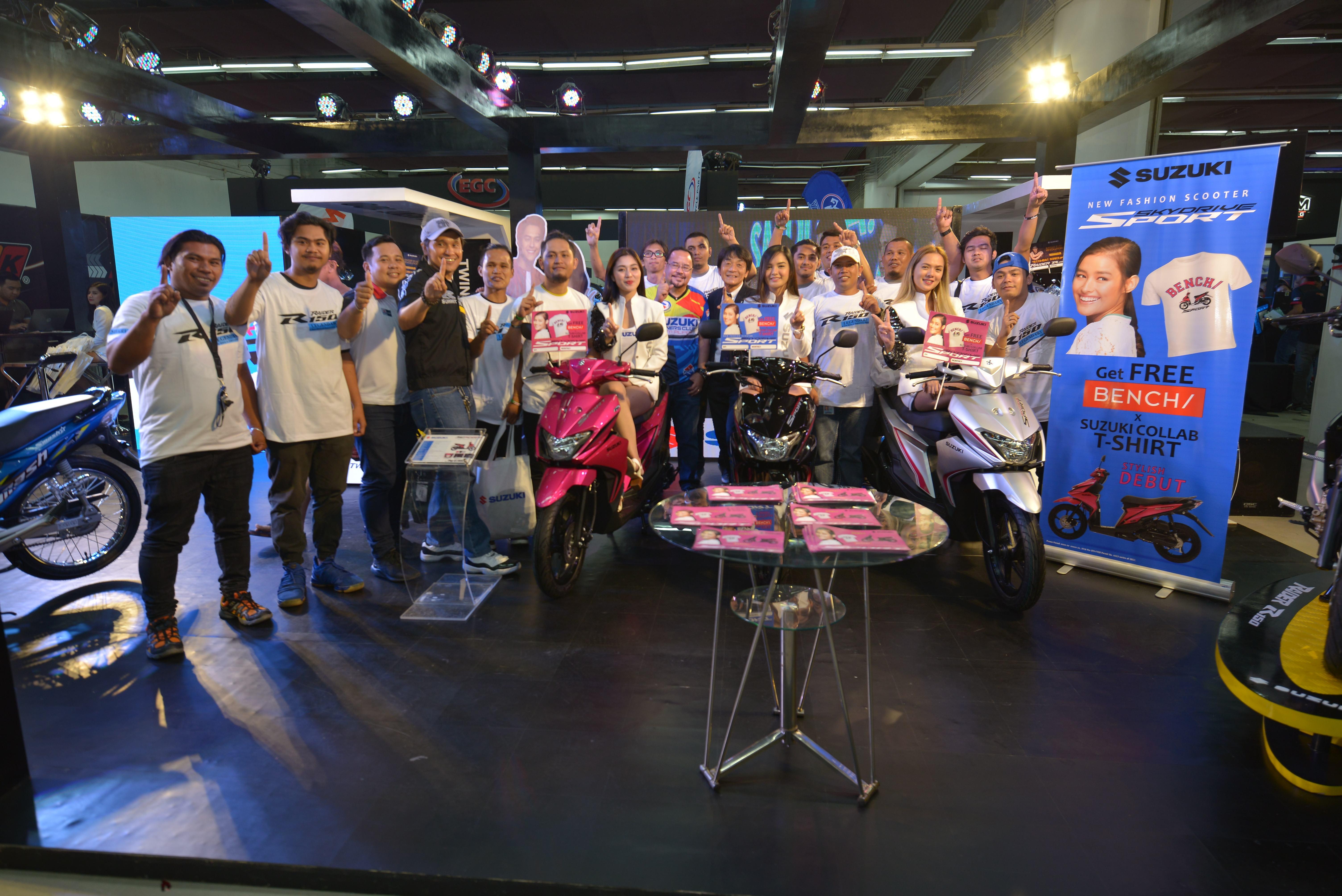 Simultaneously happening in Luzon is another public launch in Visayas at the 2nd Visayas Inside Racing Bike Festival and Tradeshow. The two-day event happened at the Cebu Trade Hall where Suzuki showcased again its latest line up of bikes. Graced and headed by Pres. Hiroshi Suzuki and Visayas Regional Sales Manager Mr. Bong Pascual, the Suzuki team brought again its signature booth, the Suzuki Twin Pillar Hub, with its newest bike on display. Visitors of the booth were pleased to got a first glimpse of the bikes and happily took selfies with it. Adding to the fun is the presence of the whole Team Suzuki VMan Racing and awardees’ Djereck Ondillo  who got a triple championship win and April King Mascardo who got a 3rd Place win at the Super Series Nationwide Championships.