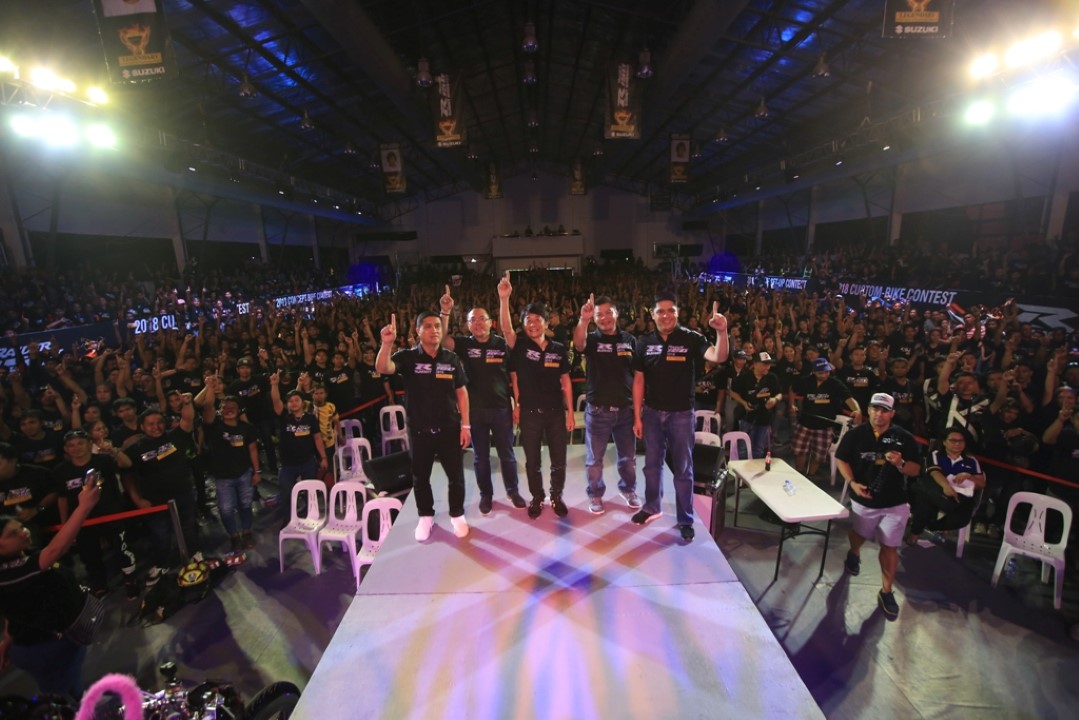 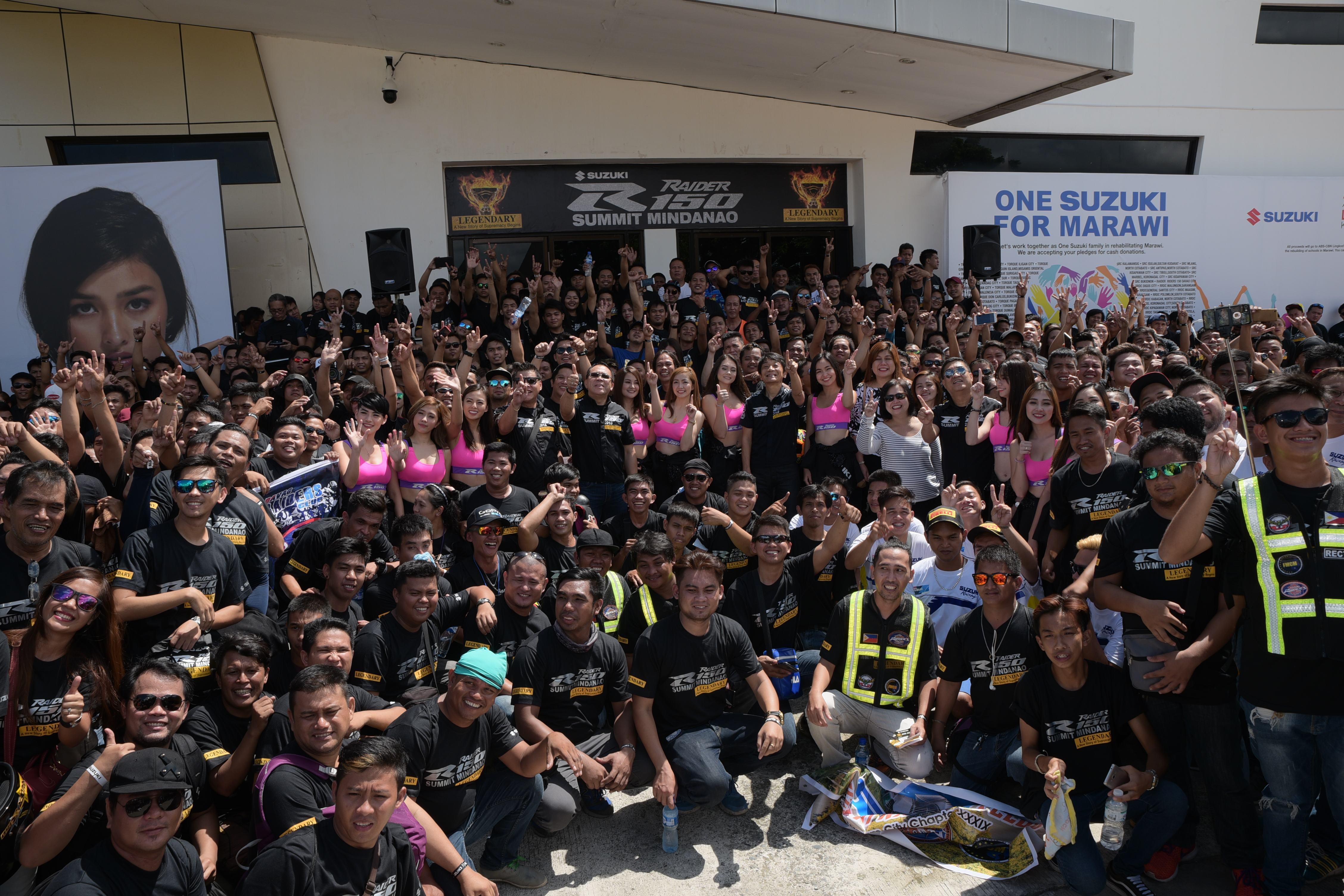 Jumpstarting the day, Suzuki presented various entertainment options for the riders during registration – at the waiting area outside, the Suzuki Stunt Team performed heart pumping exhibitions using the Raider R150 Carburetor while simultaneously inside the RDR Gym, the On42NYT band played pop songs of various generations to set the mood of the attendees. Formally opening the program, Suzuki gathered everyone for the customary drone shot which made the crowd very energetic. Welcoming everyone was Suzuki Philippines President Mr. Hiroshi Suzuki who impressed all the riders with few Visayan dialects leaving them cheering loudly for Suzuki. This was followed by a lot of exciting activities in a true Raider R150 Summit fashion, from signature contests, club awards, games, freebies, entertaining production numbers from guest celebrities and the Whiplash Dancers plus photo ops with the Suzuki Ladies. 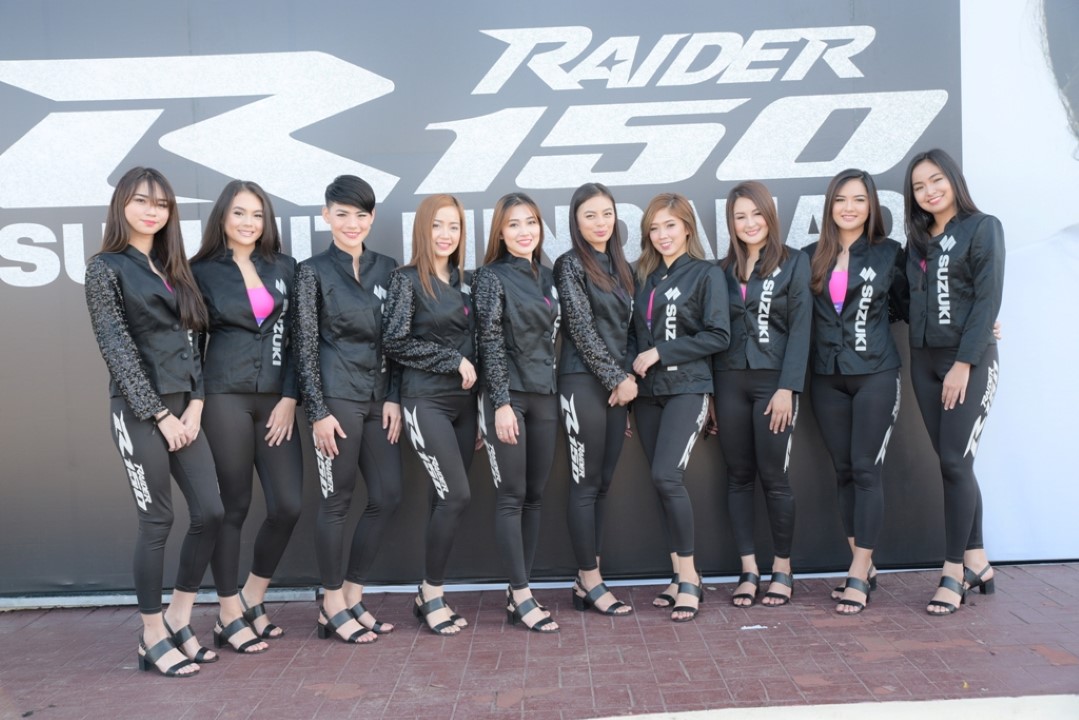 For the most sought-after competition, the Raider R150 Summit Mindanao Custom-bike contest was participated by 17 modified Raiders. Hailed as the winners were:

Always a source of fun and enjoyment, Suzuki’s signature club contests never failed to bring unlimited smile to everyone. Winners of the contests were:

Acknowledging the very strong support of its riders, Suzuki also gave special recognitions to select clubs. Hailed as winners of the Raider Club Recognitions were:

Adding fun to the event was special guest and beauty queen 2017 Reina Hispanoamericana Ms. Winwyn Marquez who did a dance showdown with one of the lucky riders giving everyone a great time with kilig and humour. Lovely host and talented actress Ms. Roxanne Barcelo also serenaded the crowd and made sure that the riders were having fun with her witty quirks together with Suzuki’s very own Mr. Ramil Mulay. 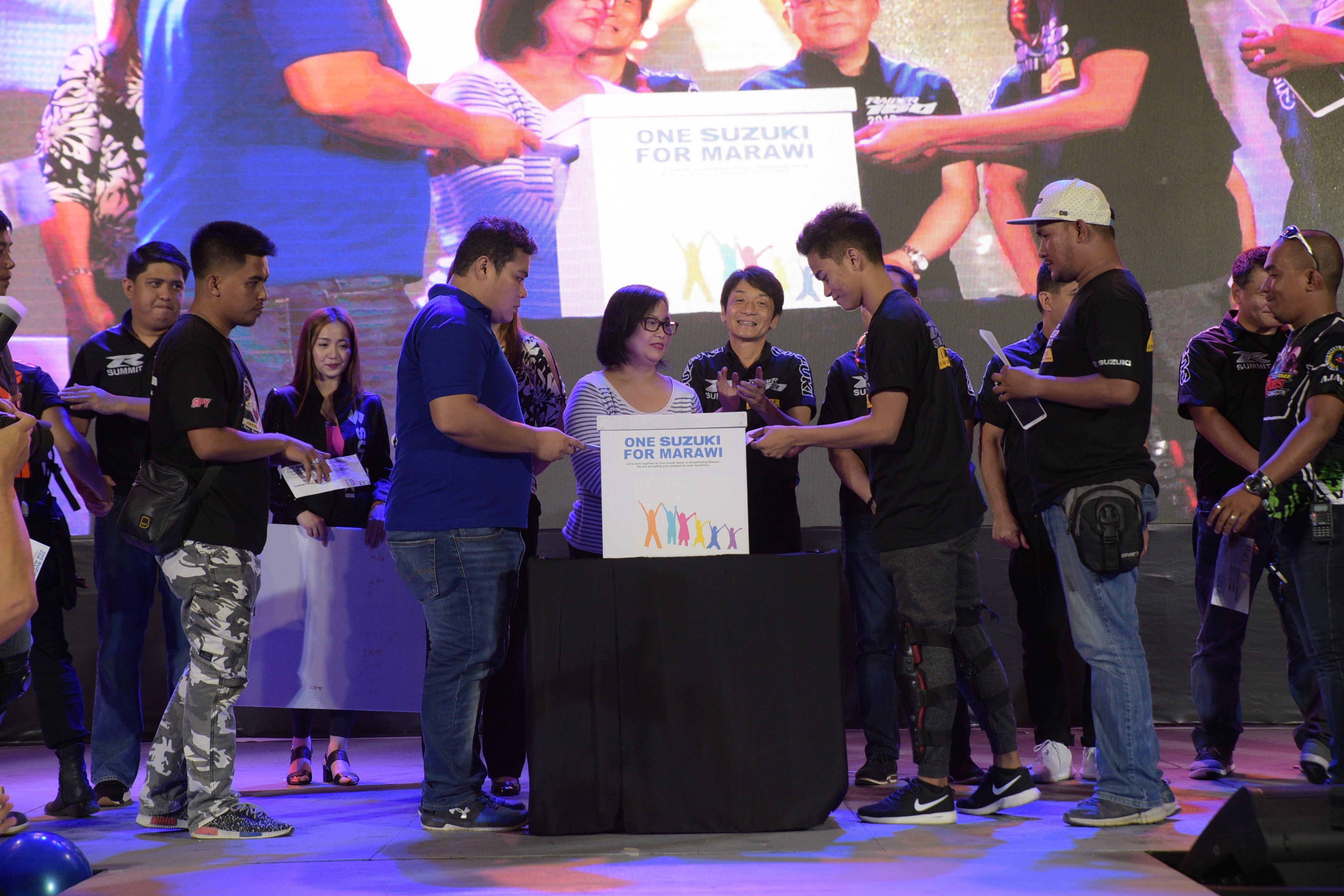 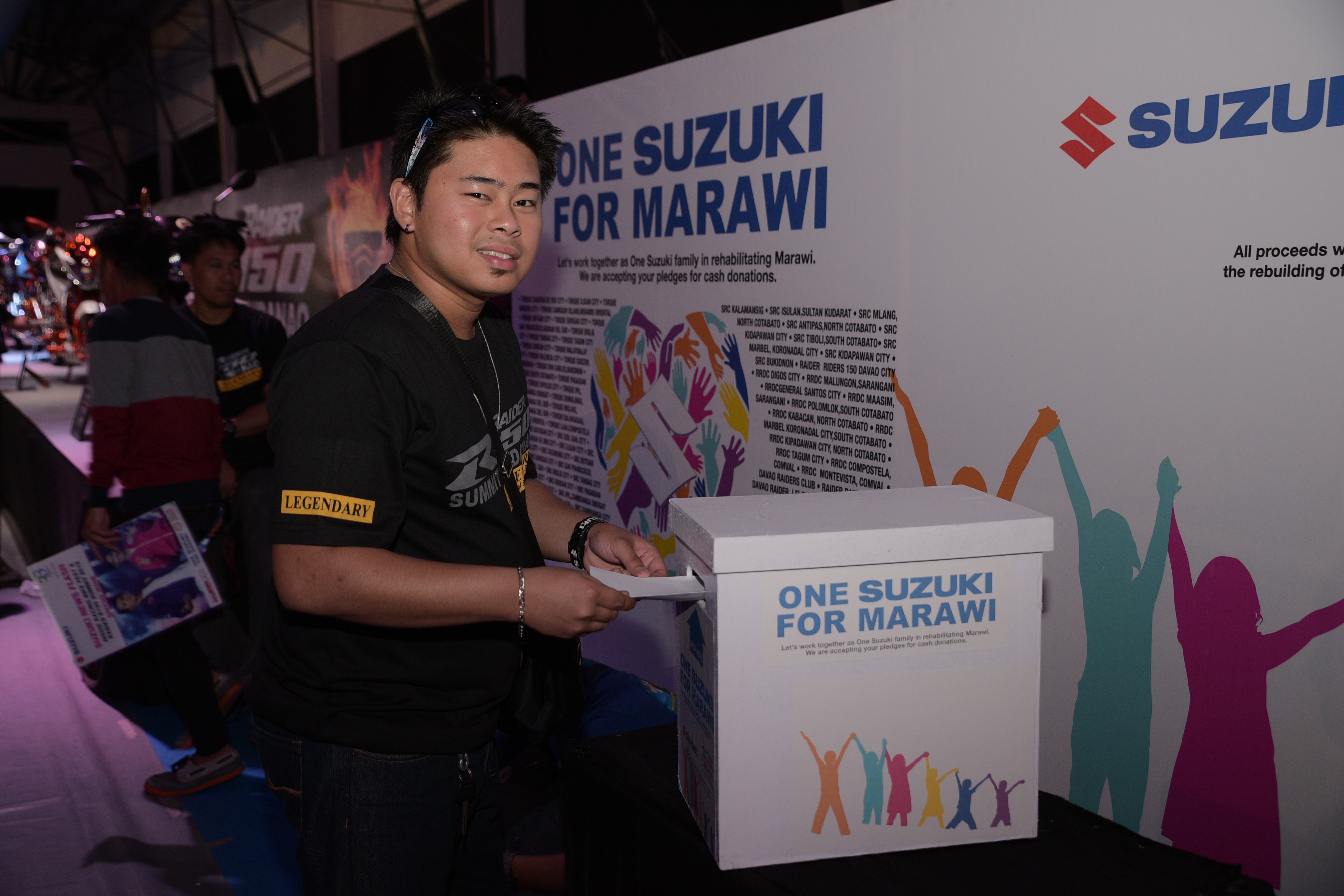 The Raider R150 Summit experience would not be complete without Suzuki’s CSR and this time, the brand did two advocacy projects – the continuation of One Suzuki for Marawi and Suzuki Mindanao’s very own Suzuki Para sa Eskwela.

Suzuki and its riders in Mindanao reinforced its support to ABS-CBN Lingkod Kapamilya Inc.’s (ALKFI) efforts in rebuilding Marawi aptly called as the One Suzuki for Marawi through education development assistance by providing additional Php515,000 cash donation to its existing Php 2.6M aid which was collected during the R150 Summit held at World Trade Center Manila in January bringing in a total amount of Php3M. The donation turnover was attended by ALKFI’s Donor Management Head and Chief of Staff Ms. Josine Reyes and Marketing Specialist for Central Marketing Unit Ms. Sheryl Gabuya.

Also launched during the event is the ongoing Suzuki Mindanao’s Suzuki Para sa Eskwela program which is being done in partnership with the Department of Education’s (DepEd) Brigada Eskwela wherein riders extend help to the schools by painting classrooms, lawn mowing and repair of chairs and other facilities in preparation for the upcoming school opening this year.

Suzuki United as One 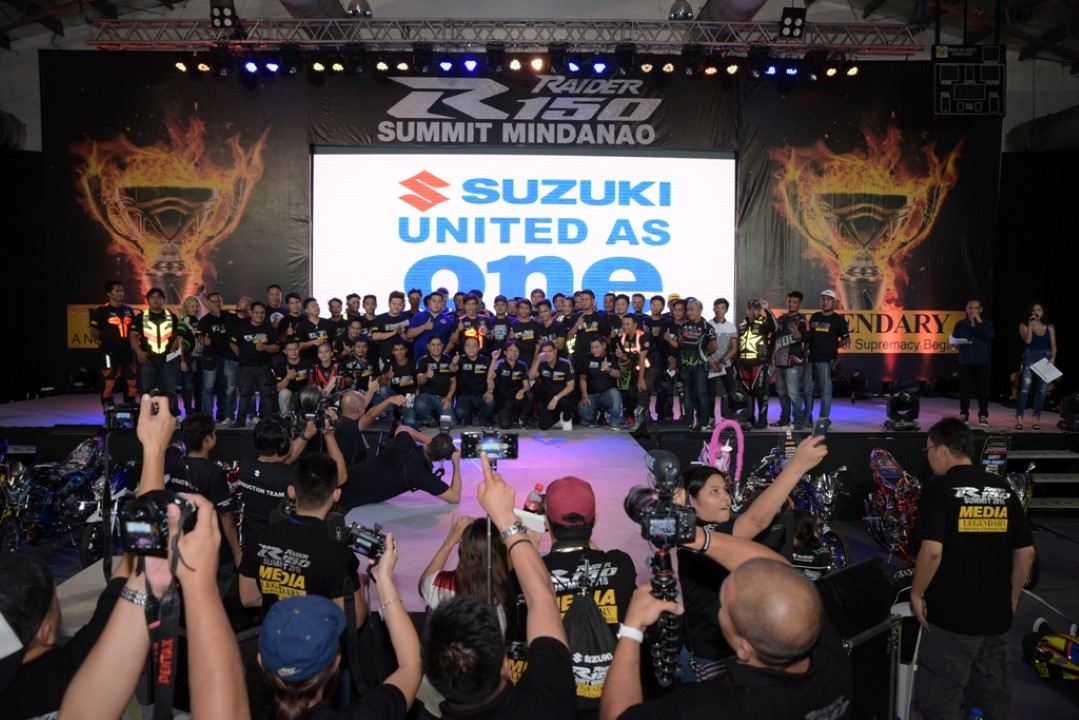 Considered as one of the highlights of the event, Suzuki underscored its strong bond with its riders through Suzuki United as One. Mindanao riders pledged their support to Suzuki in promoting safety riding and engaging in various CSR activities. Suzuki responded to its riders by declaring its full support to the clubs in these endeavours. This sealed Suzuki and its riders’ stronger alliance as one family.

Suzuki also highlighted the power of the Raider R150 on the racetrack by introducing the Raider Breed Wars Carburetor and Fuel Injection One Make Races to run at the Super Series Nationwide Championships. This and also the participation of the Suzuki-VMan Racing Team composed of Davao pride’s April King Mascardo, Eane Jaye Sobretodo, Djereck Ondillio, Dan Carlo Alvarado, Josh Tan and Jaypee Obedencio at the said event’s Super Underbone 150cc category with the Raider R150 Fi.