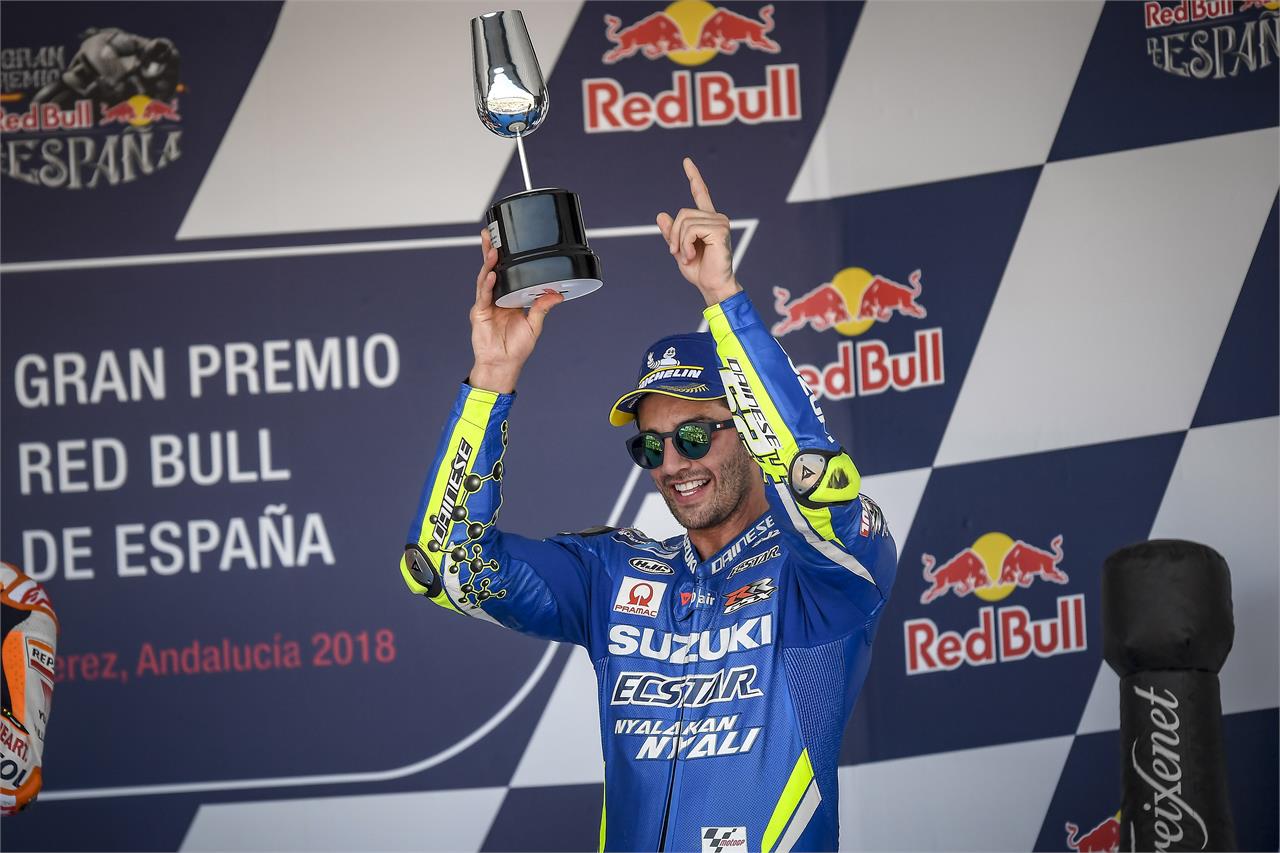 The fourth race of the 2018 championship saw Andrea Iannone secure the third podium in a row for Suzuki, his second this year, and he also took 4th place in the Riders’ Classification. But there was bad luck for Alex Rins, as he crashed out in the early stages of the race, while running a positive pace close to the Top 5. 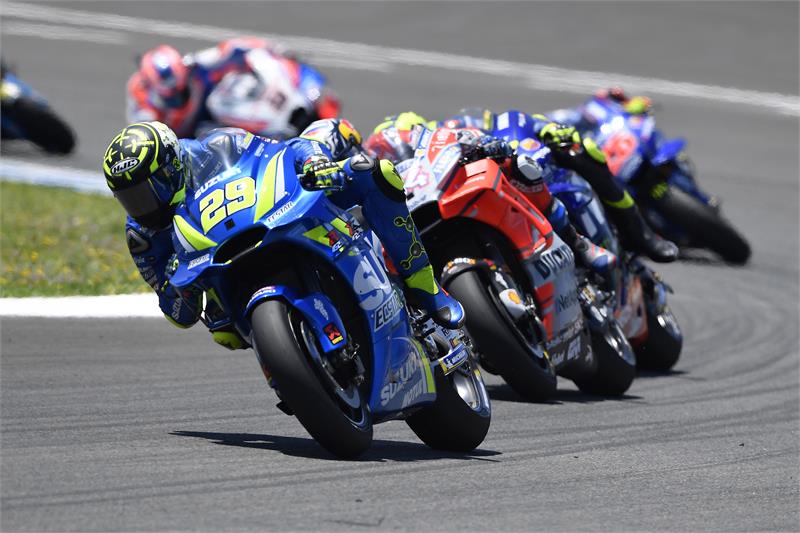 The morning Warm-Up session further confirmed the excellent pace which Andrea Iannone has possessed during the entire race weekend, and he finished the 20-minute session in 2nd place, just +0.201 behind the fastest time. Meanwhile, Alex Rins used the session to finalise settings and prepare for the 25 lap race. 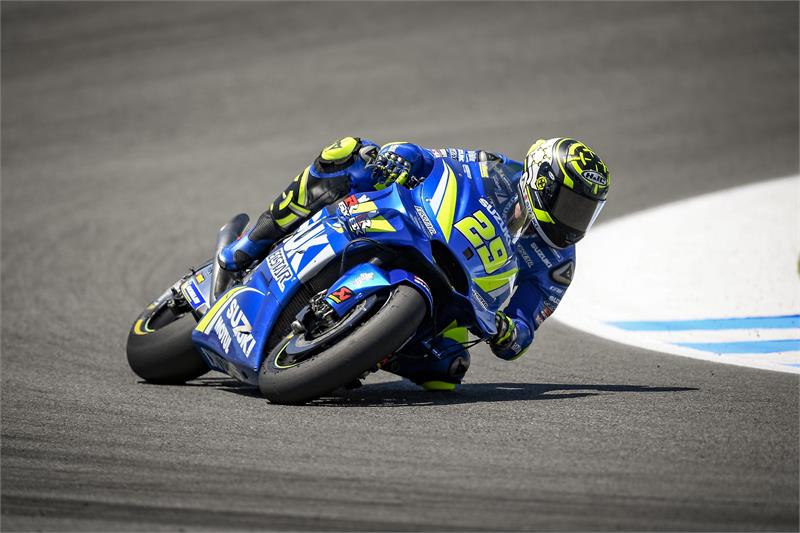 When the lights went out, both riders slotted into the fast front group and held their grid positions of 6th and 7th. Andrea Iannone struggled a little at the beginning to find a strong rhythm, while Alex Rins was able to make good progress and overtake some opponents. Finally, a potentially great home GP came to an abrupt end for the young Spaniard when he crashed out with 19 laps to go, without any physical consequences but for unknown reasons that are now still under investigation. Back at the front a huge crash for Pedrosa, Lorenzo, and Dovizioso allowed Andrea Iannone to move into 3rd place with 6 laps left to go. The Italian, who was feeling increasingly more comfortable despite difficult track conditions, responded well to pressure from riders behind him who were all keen to claim the final podium position.

A battle with Danilo Petrucci in the closing stages of the race saw Andrea Iannone and his GSX-RR able to hold off the charge, and claim another fantastic podium, moving him to 4th in the Rider Standings. This third consecutive rostrum is Suzuki’s first triple-podium for 10 years.