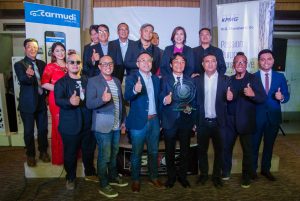 Suzuki Philippines bagged the first ever Motorcycle of the Year Philippines (MOTY-P) awards with the brands frontrunner bikes – GSX-R1000R and Raider R150 Fi. The awarding ceremony was held at C3 Events Hall in Greenhills, San Juan and was hosted by the Car Awards Group, Inc. (CAGI).

After more than a decade of recognizing the best car and truck models on the Philippine automotive stage, CAGI finally shares the spotlight to its two-wheel counterparts with the awarding of MOTY-P this 2017. Named as the very first of the said prestigious accolade at C3 Place in Greenhills, San Juan City last November 27, 2017 were the following: 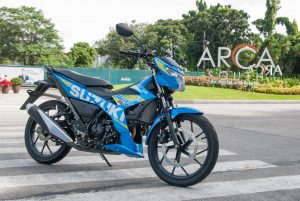 The Suzuki Raider R150 FI: CAGI and Carmudi.com.ph Motorcycle of the Year-Philippines Commuter Class (299 cc & below). The Suzuki Raider R150 FI was clearly hands down the winner in the Commuter Class (299 cc & below) as it was downright slick and stylish not to mention being gifted with a fuel-injection system that can rival other larger bikes was its biggest asset. 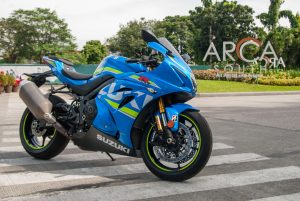 Suzuki GSX-R 1000 R: CAGI and Carmudi.com.ph Motorcycle of the Year-Philippines Leisure Class (300 cc & above). The Suzuki GSX-R 1000R lives up to its title as “King of Superbikes”, as it did not only turn heads because of its suave sporty design or cringed every nerve in the body for its orgasmic and superior mechanical prowess but absolutely put competition to a halt as it was deemed the safest among all motorcycles tested. Thus, hail to the king.

“Finally, after months of challenges just to stage the very first Motorcycle of the Year-Philippines, we’ve eventually come up with the results,” CAGI Ronald de los Reyes said in his speech. “This is just the beginning. CAGI in Japanese means ‘key’. Hence, our name stands for something—that we serve as a key to opening new doors for the two-wheel industry. We remain positive at every turn,” he added.

Other than the 2 Major Awards, Suzuki also took home the following titles: