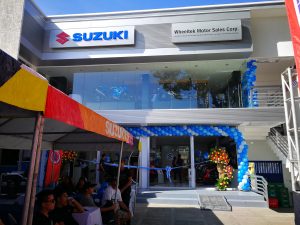 It was a festive Saturday on October 7 as Wheeltek opens its Suzuki 3S Shop and Big Bikes Center at the heart of one of the most progressive provinces in the Philippines – the City of San Fernando in Pampanga. Team Wheeltek and Suzuki are in full force for the jam-packed event which was attended by the two big names’ executives, riders, media friends and special guests. 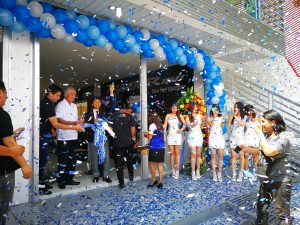 The event is considered as a venue for multiple celebrations aptly called as The Royal Arrival. This is because of the following, one – the establishment of the Suzuki 3S Shop which boards the brand’s complete line-up of small displacement motorcycles, two – the opening of Suzuki Big Bikes Center which offers the Japanese giant’s well-loved higher-cc motorcycles – making it a one-stop-shop for anything Suzuki motorcycle from Sales to Spare Parts and After Sales Service. These two shops are housed in a 2-storey building measuring a total area of 475sqm. And of course three – the royal arrival of Suzuki’s latest motorcycles! 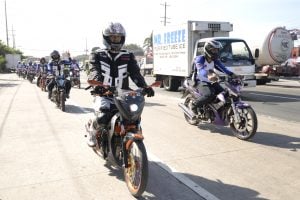 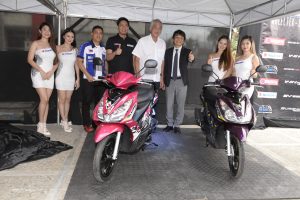 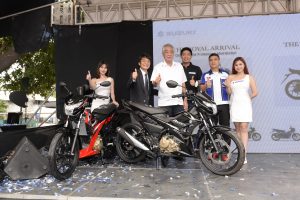 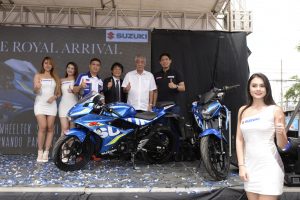 The morning program was designated for the Wheeltek-Suzuki 3S Shop opening which was kicked off by a motorcade participated by more than a hundred Suzuki riders. It was then followed by the opening ceremonies and the unveiling of the latest Suzuki small bikes led by the Beauty of Speed in Fuel Injection – the Skydrive Fi, the much awaited Raider R150 Fi and the new decals of the Raider R150 Carb plus the revolutionary GSX Series – GSX-R150 and GSX-S150. The festivity was completed by a Buganda performance and Mr. Hiroshi Suzuki’s signature dance number to the tune of Suzuki Para sa Lahat ng Trip Mo jingle. The Wheeltek-Suzuki 3S Shop San Fernando which measures 187sqm is Wheeltek’s 3rd Suzuki 3S Shop and the second in the province of Pampanga. 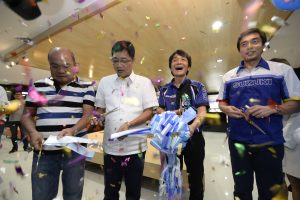 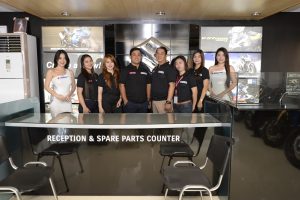 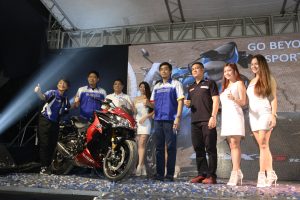 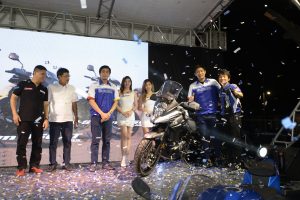 The Suzuki Big Bikes Center on the other hand was formally opened in the evening which was attended by more than 200 big bike riders from all over Luzon. The San Fernando shop is also deemed as the biggest Suzuki Big Bikes Center in the Philippines (as of now) with an area of 288sqm. Launched during the event were the full faired street sportbike Suzuki GSX-S1000F – a thrilling machine with the genuine engine and main components of the world-beating GSX-R1000 and the answer to all adventure – the V-Strom 650XT ABS, your ultimate tackle to do-it-all. The shop is Wheeltek’s 3rd Suzuki Big Bikes Center with the other 2 located in Makati City and Cabanatuan City. 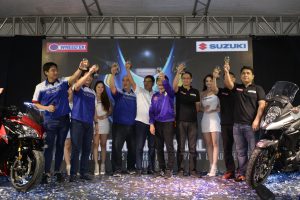 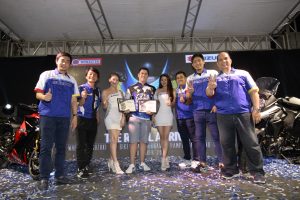 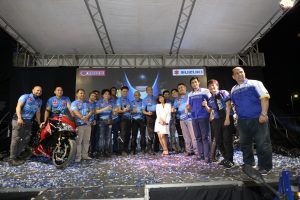 Also in attendance were Wheeltek-Suzuki riders Ompong ‘Danger Boy” Legaspi Gabriel who won the championship title at the ASEAN Motocross Relation at Naratiwat, Thailand recently and Micol Puno 2nd and 3rd Placer at the Canonball Endurance Ride 2017 and BOSS Ironman Challenge 2017 respectively with his GSX-S1000. Both were given acknowledgment for their success during the program alongside James Dohn Oberez who finished 5th Place at the BOSS Ironman Challenge 2017 using his GSX-S1000. 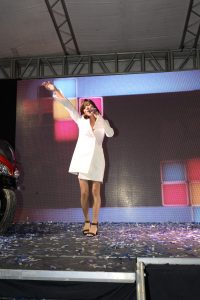 Kicking off the party was Mr. Hiroshi Suzuki who gave another dance performance. The evening program was made more exciting by the lovely host Roxanne Barcelo who also did a song and dance number to the delight of the audience.