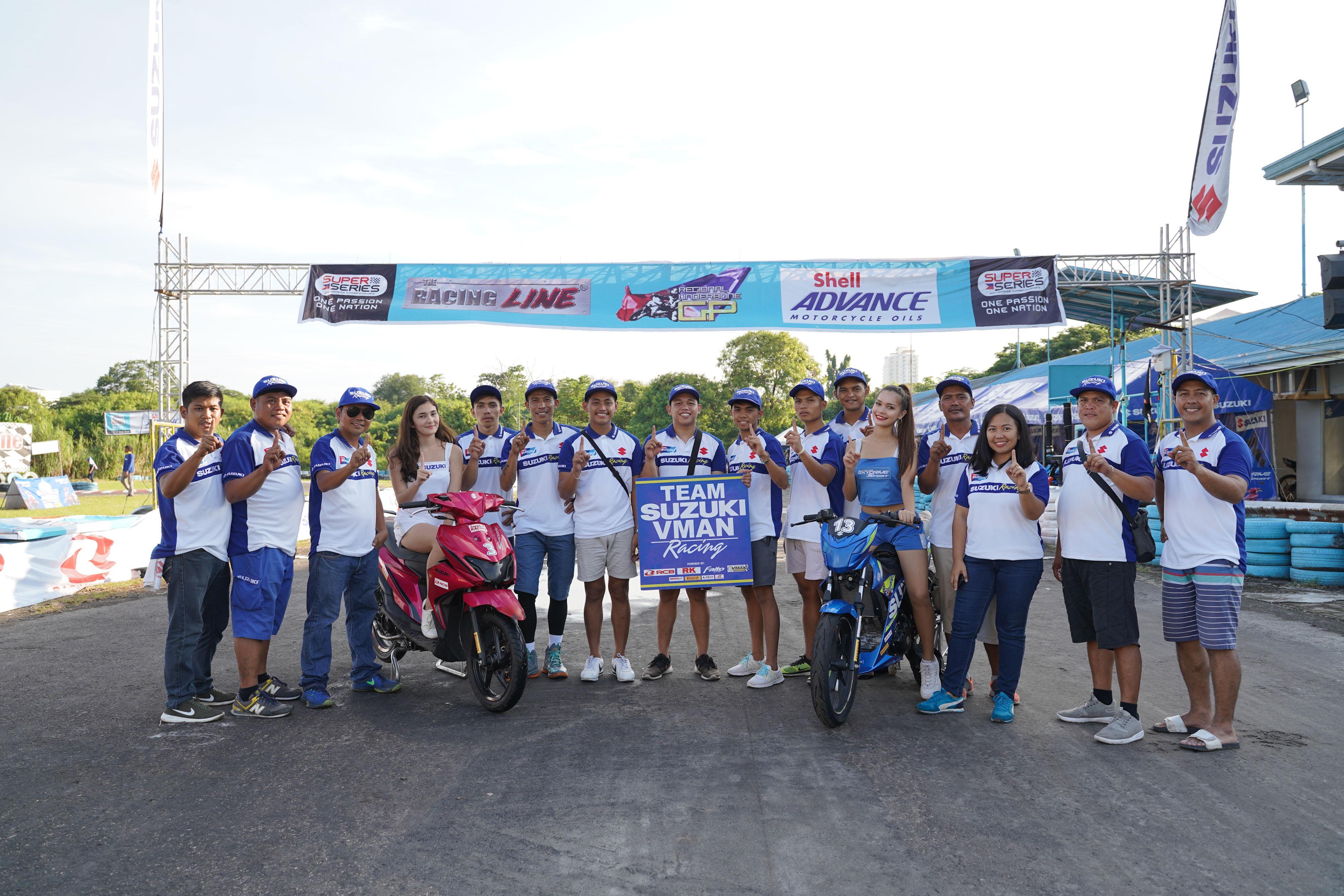 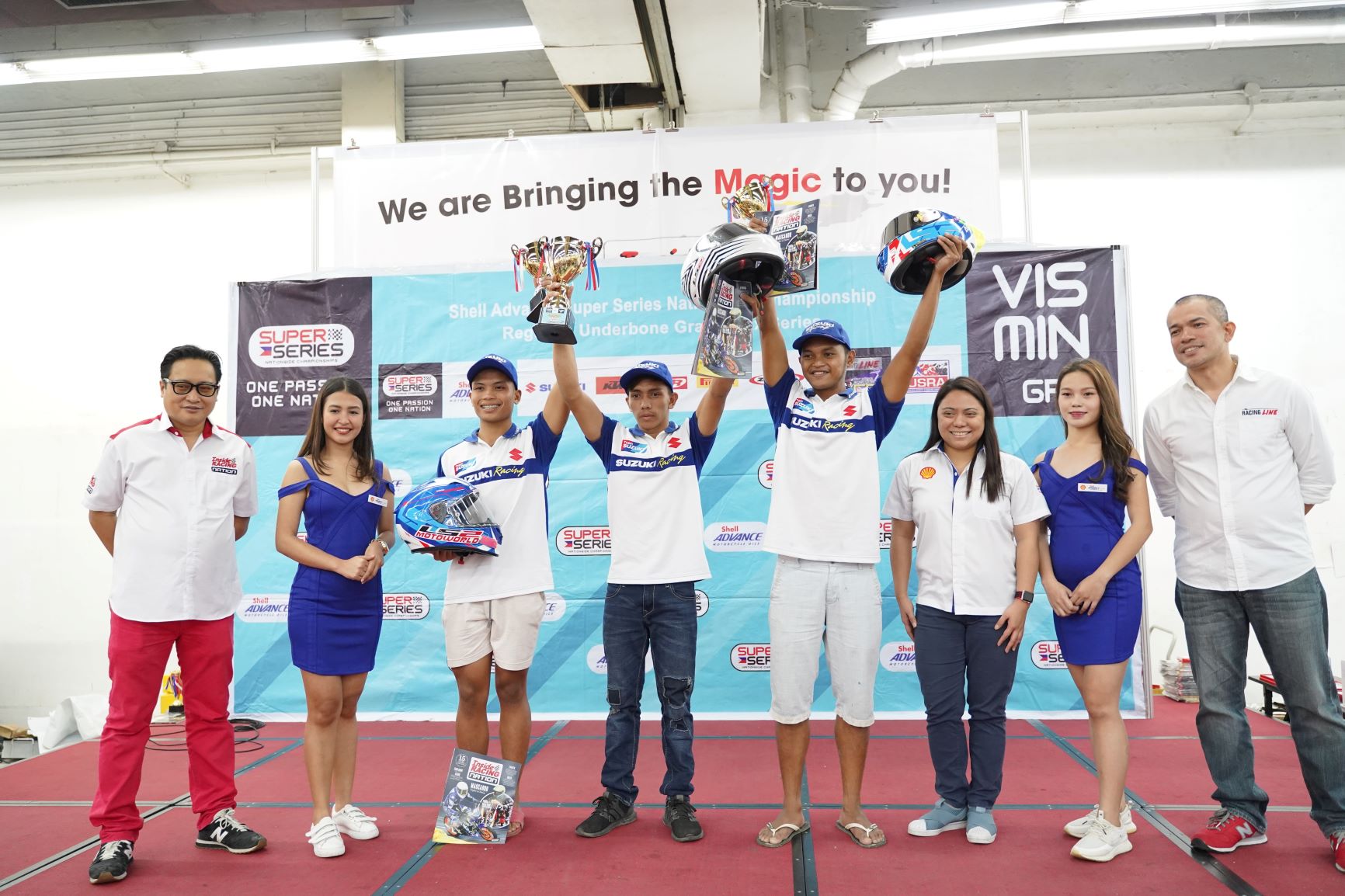 Meanwhile,  Suzuki is dominating the Super Series Nationwide Championship as it comes to close with winning performances from Team Suzuki-VMan Racing and challenging aspiring and young riders at the Suzuki One Make Races – Skydrive Sport Cup and Raider Breed Wars.

Veteran and Davaoeno rider April King Mascardo sure did not disappoint his fans in Visayas by getting another series of podium finishes in the following categories:

Impressive performances were also showcased by Roel Rubin and Jaypee Obedencio for securing the following positions:

Also a consistent topper of Suzuki One Make Races are Rmand Salandanan and Nikko Nambatac who also finished off with the following titles: